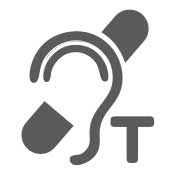 Among his most notable qualities, which are numerous and varied, there is one that the artist himself defines as a pianism that brings him closer to an aesthetic bordering on classical music, but with the possibility of combining it with later influences. In his memory, David Sancho effortlessly blends such names as Bill Evans, Radiohead, Chopin, Bach or Brad Mehldau. Harmony, melody, rhythm, form, timbre, and message are key points in all of these artists, and they all have lit up David’s path.

Born in Madrid, David graduated in Piano Jazz from the Conservatoire of Rotterdam. On his return to Spain, his professional career has spanned highly varied aspects of music. He has recorded the “15 Two-part Inventions” by J.S. Bach and he has taken part, as a member of the Moisés Sánchez Ensemble, in the performance of “The Rite of Spring”, by Igor Stravinsky. And just to keep illustrating a tiny part of his curriculum, it is interesting to know that he has also been part of such bands as Monodrama, Anathema or Sanchemia, and that he is often invited to play with such celebrities as Jorge Pardo, Ariel Brínguez or María Toro.

This year, he has released the album “Piano Solo”, which graphically defines the sound formulation that we will enjoy in JAZZMADRID. The album is his professional debut as a solo musician, but David is still interested in continuing to progress in his work as a creator. That is why he is already working on his second album “From Home”, currently in post-production.