Building traditions, which pursue a greater respect for the environment and its natural resources, respond to some of the main challenges we face in our time, such as the progressive disappearance of quality job opportunities, the growing generation of waste and toxic environments, the dissolution of the kind of public spaces which are designed to favour interchange and coexistence, the unbalance the rural areas are suffering, or the persistence of planning practices which lead to a serious dependence on private transport.

In order to recover the lost balance it is essential to keep this knowledge alive, to use it as a reference for the practice of 21st century building, architecture and urbanism, to adapt it to the needs of our time, and to learn the many lessons it keeps offering for the way we design and transform our environment.

This exhibition presents a selection of the building materials, techniques and trades, and the practice of architecture and urbanism which is allowing us to move steadily forward in that direction. The samples chosen are based on work carried out over the last decade by INTBAU thanks to the generous support of the American philanthropist Richard H. Driehaus (1942-2021) who, through the Richard H. Driehaus Charitable Lead Trust and with the collaboration of many other national and international institutions, has made possible the creation and establishment in Spain and Portugal of a series of initiatives aimed at promoting traditional architecture and urbanism, the building trades and the conservation of the Iberian heritage.

Founded by HRH The Prince of Wales in 2001, INTBAU (International Network for Traditional Building, Architecture and Urbanism) is a global network supporting traditional building, architecture and urbanism. Offering an international platform, its mission is to promote the creation of better places to live by supporting the global community who design, build, restore and research traditional architecture. Thanks to the support of the Richard H. Driehaus Charitable Lead Trust, it promotes several initiatives in Spain and Portugal, such as the Rafael Manzano Prize for New Traditional Architecture, the Richard H. Driehaus Architecture Competition and Building Arts Awards, the Spanish Network of Traditional Building Masters, as well as scholarships, courses, seminars, publications and exhibitions. These activities serve as the basis for this exhibition and have their origins in 2010, when the Andalusian architect Rafael Manzano Martos was awarded the Richard H. Driehaus International Architecture Prize.

Alejandro García Hermida is a PhD Architect, Master in Conservation and Restoration of Architectural Heritage, Associate Professor at the School of Architecture of the Universidad Politécnica de Madrid, Executive Director of the Richard H. Driehaus Initiatives in Spain and Portugal, member of the Board of the NGO Terrachidia and Vice-President of INTBAU Spain. 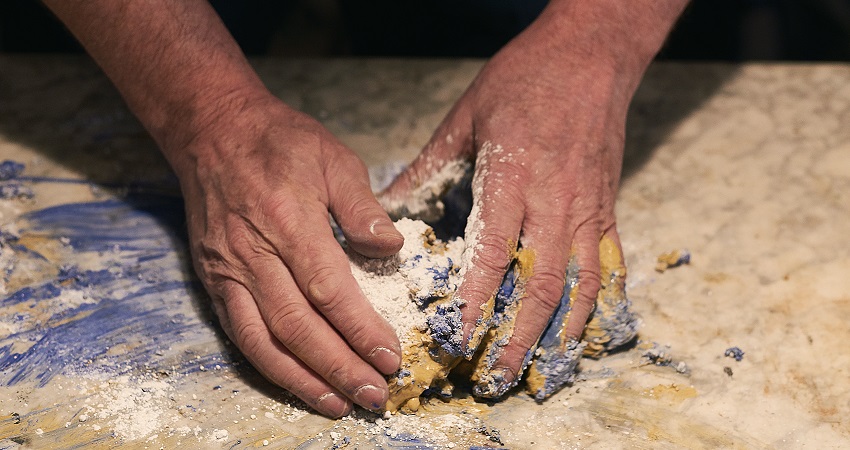 Mixture ready for a stucco by Luis Prieto. Photograph by Lucho Dávila 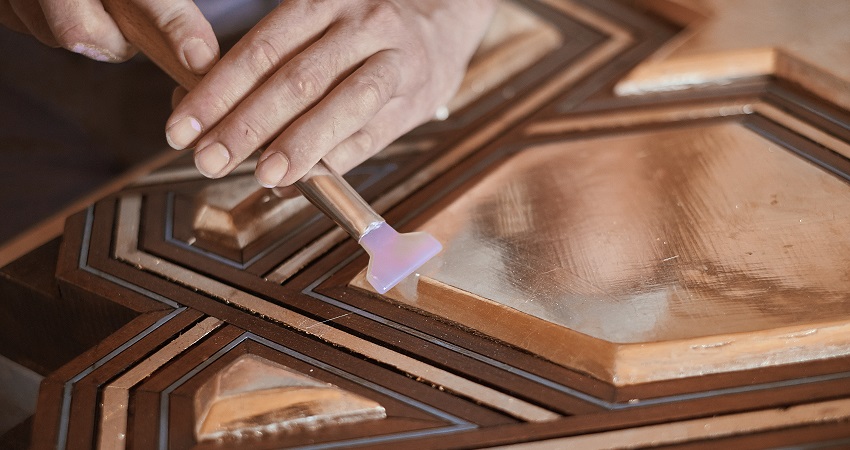