The Gregorio Ordóñez Fenollar Foundation has scoured its documentary archive to construct a unique exhibition to mark the 25th anniversary of the murder of Gregorio Ordóñez by the terrorist organisation ETA. The exhibition traces the short yet intense life of the Basque parliamentarian and 1st deputy mayor of San Sebastian for the Popular Party, and the dismay surrounding his assassination when he was only 36 years old.

Having become his city' s most charismatic and controversial leader, his example inspired many citizens to break the silence and embrace freedom. More than three hundred objects are displayed in three stages: “El Atentado” (The Attack), “La Revolución Posible” (The Possible Revolution) and “Regreso a sus Orígenes” (Return to his Origins). Family photographs, love letters, personal objects, press cuttings and works of art take us back to our most recent history to reflect on the importance of universal values and the civic courage needed to defend them.

Intended for the new generations, Gregorio Ordóñez. The Possible Life, recreates an intimate space, with light, shade, and a great deal of colour. Under the guidance of Enrique Bonet, we have built walls inspired by Basque artists. From those walls we have hung profoundly symbolic works by José and Agustín Ibarrola and a beautiful drawing by Eduardo Chillida designed for a huge sculpture. The abstract recreation of water flowing from phreatic areas imagined by Cristina Iglesias. A sunset on Ondarreta beach by Menchu Gal. A common theme underpins the itinerary and all the elements it contains: the driving force of life and freedom.

In a series of three documentaries, film director and scriptwriter Iñaki Arteta brings back to life the courageous and clear voice of Gregorio Ordóñez. “La Muerte Temprana” (Early Death), “Declaración de Principios” (Declaration of Principles) and “El Tiempo y la Ciudad” (Time and the City) will offer us the opportunity to understand his political style, and his timeless civic, democratic and humanistic thinking which is an invitation to reflect on the world we live in today.  We will also learn about the history of the city of San Sebastian from the 19th century to the present day, in a dizzying succession of images that show the different facets of the city.

Such an exhibition could not fail to include a special catalogue which, as its editor points out, will help the reader to become more intimate in his or her interaction with the exhibition. Ediciones El Viso has designed a book that aspires to remain relevant in the future, beyond the exhibition, as a transcendent tool for remembering and understanding the reality of a time when society was conditioned by the blight of terrorism. Two hundred and seventy-two pages introduced by the Spanish scholar Carmen Iglesias and featuring, in addition to reproductions of all the elements included in the exhibition, texts by Professor Rogelio Alonso, the former rector of the University of the Basque Country Manuel Montero, the journalist Santiago González, and Ana Iríbar.

It is available in bookshops and on the internet.

We invite you to visit this exhibition and to share with us all the emotion and strength it contains, in what is a tribute to all the victims of terrorism.  Bringing it to Madrid, the city most affected by terrorism in Spain, is an expression of gratitude to this city and to its people, who have always demonstrated their solidarity. 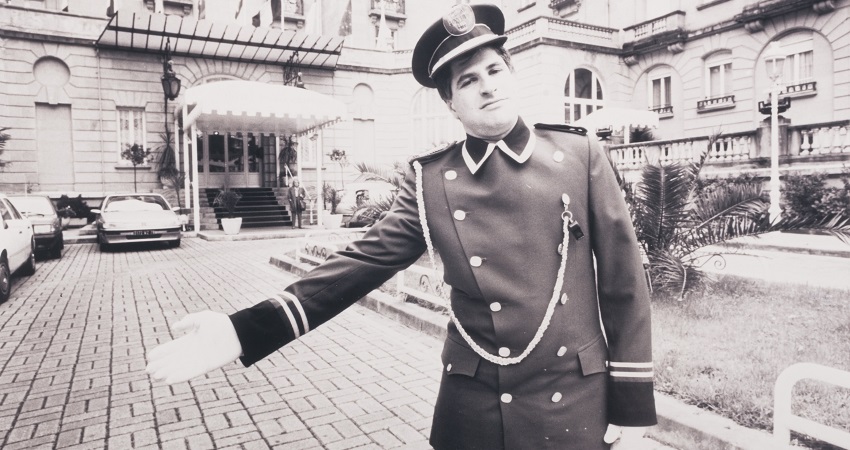 José Usoz Gregorio Ordóñez dons the doorman’s uniform at the hotel María Cristina to show his «commitment to serve» the people of San Sebastián. 1991 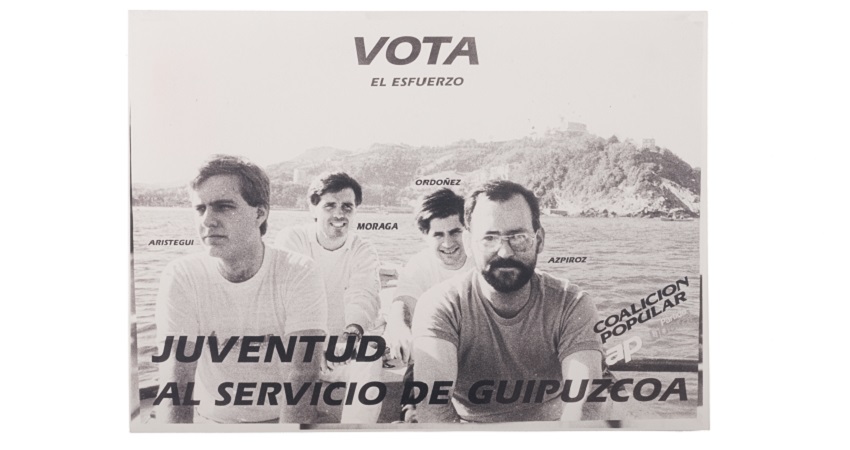 Alianza Popular election posters for the municipal elections in May 1983. 1983. Ordóñez-Iríbar family archive 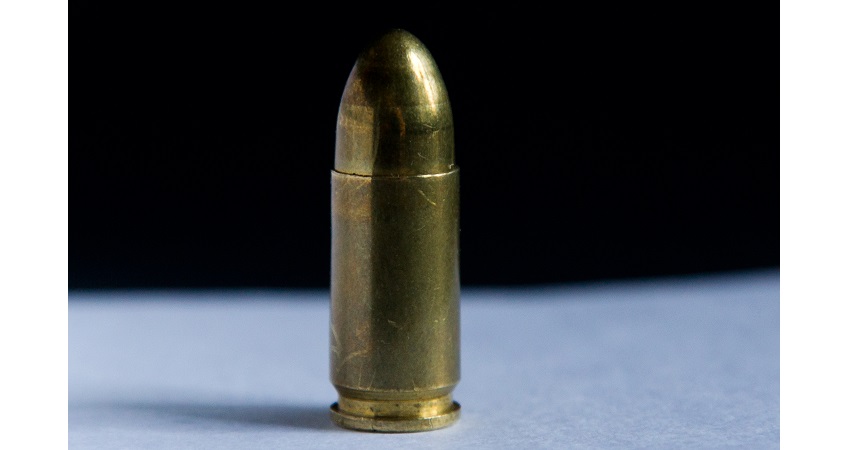 Bullet picked up by Gregorio Ordóñez from his mailbox at San Sebastián Town Hall 1988-1989. Loaned by Iñigo Urrutia 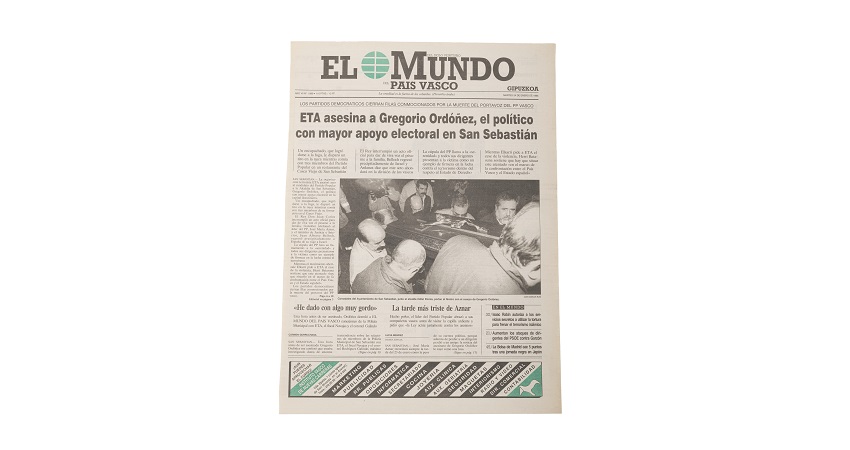 Front pages of regional and national newspapers published on the days following the murder. 24th and 25th of January 1995 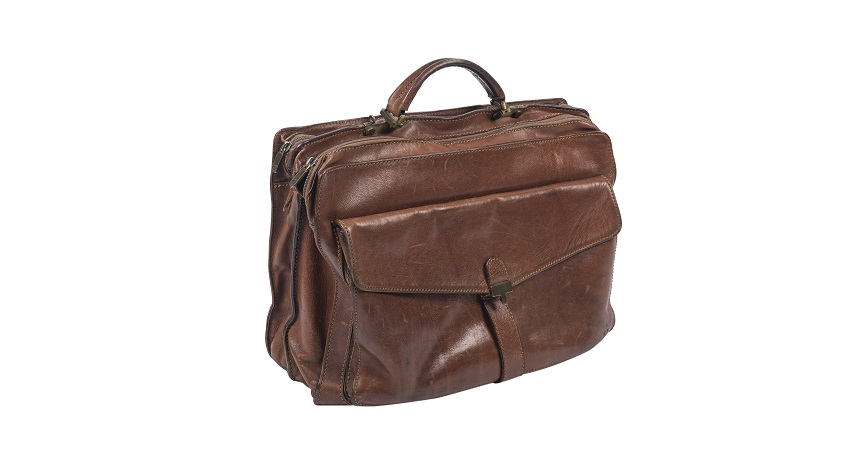 Gregorio Ordóñez’s personal briefcase found on the day that he was murdered. 1995. Ordóñez-Iríbar family archive 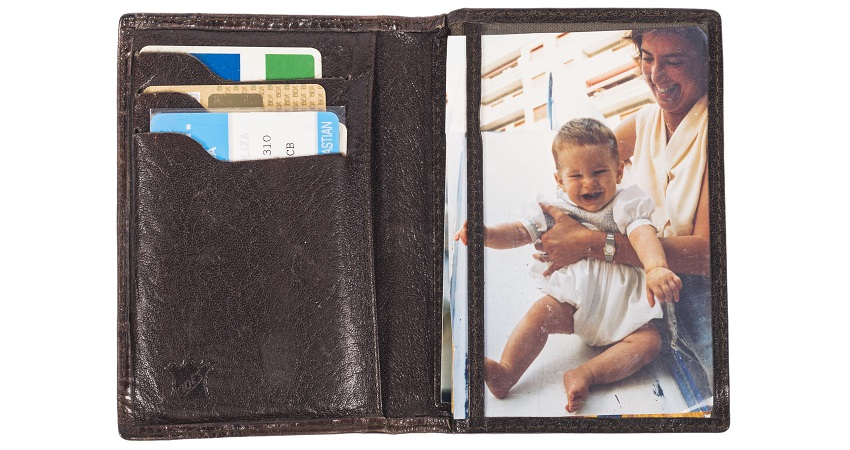 Gregorio Ordóñez’s personal briefcase and objects found inside it on the day that he was murdered. 1995. Ordóñez-Iríbar family archive 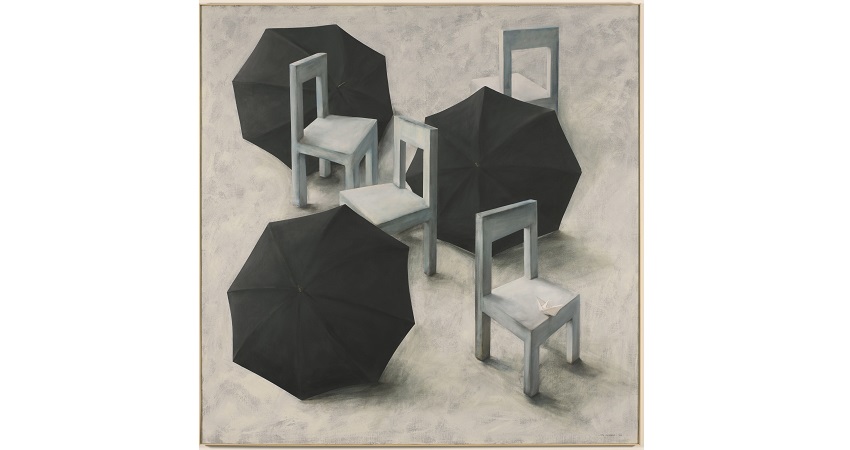 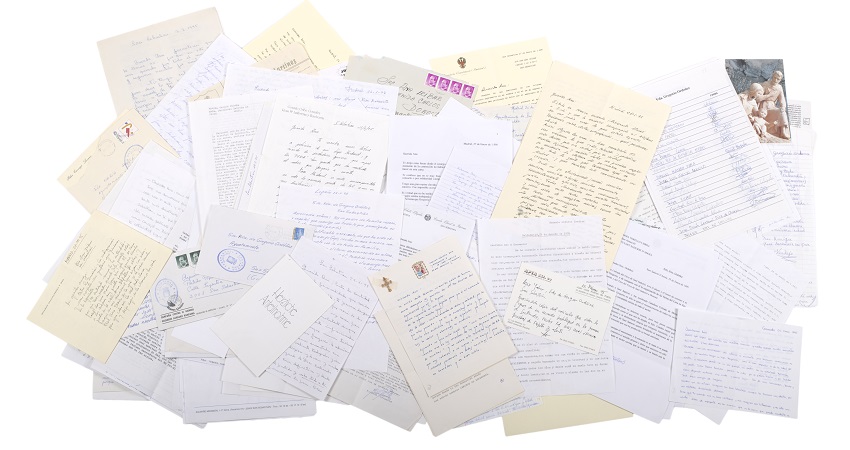 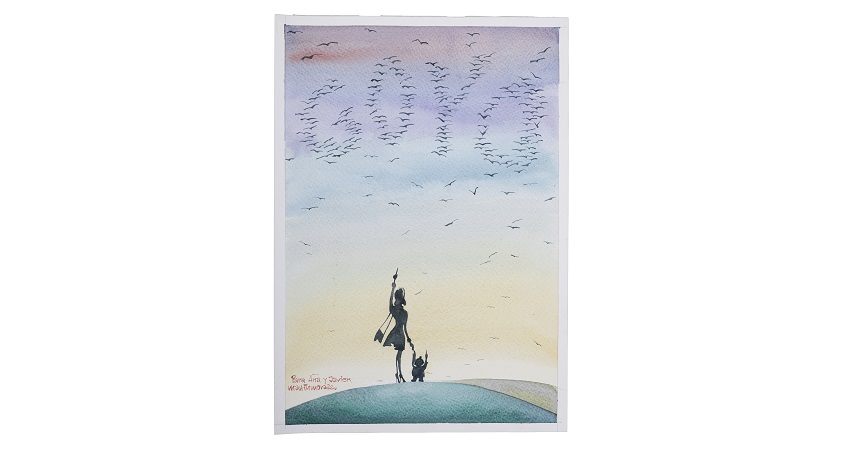